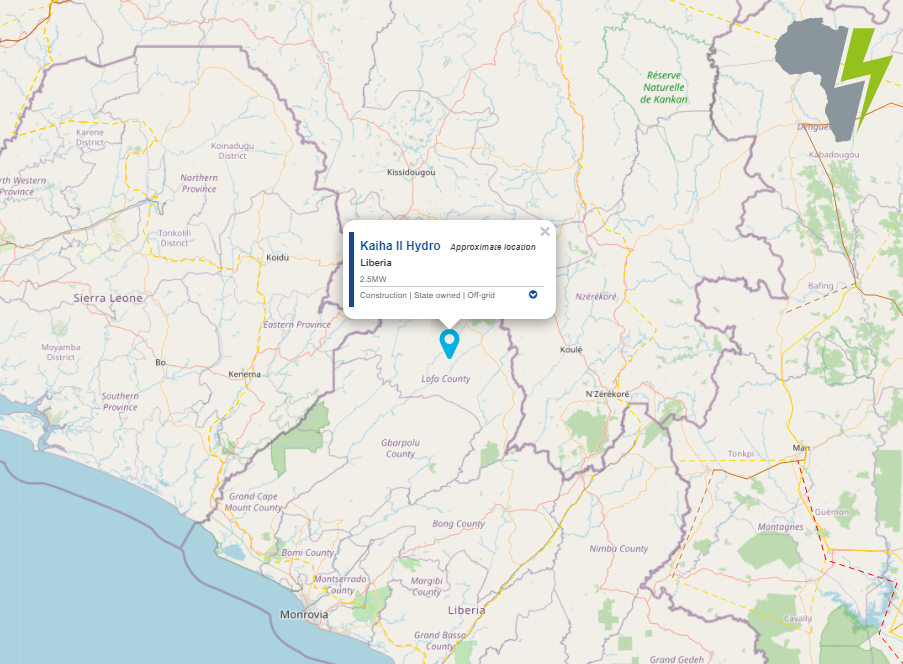 Construction at the 2.5MW Kaiha II hydropower plant in Liberia got under way in July, project deputy executive director Stephen Potter of the Rural and Renewable Energy Agency (RREA) tells African Energy Live Data. Potter said that construction of the plant and associated transmission and distribution infrastructure is scheduled for completion by July 2023.

The facility will be connected to a mini-grid in Lofa County which will use a backup diesel generator - which is funded through a $2m loan from the World Bank Group's International Development Association - to provide power during the dry season.

Kaiha II is being funded by the Scaling-Up Renewable Energy Program for Low Income Countries, which is based at the WBG. Initial planning was complete in November 2017, however the WBG reported in October 2018 that there had been delays preparing and launching bidding documents. The RREA issued a tender for the supply and installation of the plant in August 2019, and a recommendation for the contract award was approved by the WBG on 10 March 2020. A 25-month contract worth $12.5m for the supply and installation of the plant was awarded on 26 June 2020 to Enco Ltd, Hydro Power International Ltd, and Fuso Corporation.

African Energy Live Data has a number of exciting developments in the works. Get in touch to let us know what you would like to see from us!

Read more about developments at Live Data here or contact sales@africa-energy.com to find out what we can do for you.