Competition is believed to be intense as bidding closes to take over Sasol’s 50% stake in the Rompco pipeline, which runs 865km from the Temane gas field in Mozambique to Sasol’s Secunda complex in Mpumalanga (AE 419/16). This should not surprise those who see natural gas as a key to fuelling growth in a growing southern African gas hub.

Priority investments in gas infrastructure would seem to confirm the twin narratives that Africa is a key emerging frontier in the global industry and the broader view that gas is the transition fuel, leading the global energy industry from the dominance of coal, diesel and other more polluting fossil fuels to a renewable energy (RE) future. With new projects like Total’s Matola LNG possibly operational in Mozambique by early 2023, with a final investment decision in H1 2021, there is considerable scope for gas-to-power and other schemes.

These assumptions were tested at the first of four AIX: Gas virtual meetings, on 15 September, which focused on carbon in transition and strategies for developing projects along the gas value chain. Held under the Chatham House rule, AIX Gas opened with the observation that perceptions of gas’s long-term role have changed as RE developments have accelerated. Securing investment has become a big issue with the rapid increase in negative views of carbon; methane emissions have become “more of an issue than carbon dioxide”, one participant observed. Much-vaunted solutions such as carbon capture and storage have made minimal progress. As a Chatham House research paper noted: “Tightening climate policies, fossil fuel investment and RE trends suggest that the cost curves for commercially viable oil and gas projects are changing, and that the time frame for profitable production will be limited. This raises the potential for ‘stranded’ upstream investments and undeveloped fossil fuel resources, which could impose high opportunity costs on lower-income countries.”

Increasing numbers of western shareholders have been reappraising their investment strategies. Important players like the World Bank Group have set stringent limits on the carbon-based schemes they will support – the International Finance Corporation (IFC) energy portfolio not so long ago comprised roughly $2bn of thermal and $1bn of renewable investments, but is now estimated at around $600m/$3bn. Well-structured projects that have sufficient scale and benefits in terms of economic stimulus, job creation and improving levels of energy access may still pass muster, but the direction of travel seems clear for the IFC, its multilateral and bilateral peers, and the wider investment community.

African governments and their national oil companies may be more open to developmental schemes deemed in the national interest, not least those believed to accelerate industrialisation. Governments like Namibia’s continue to place great hope on difficult projects like Kudu, arguing that it is impossible to industrialise using RE alone. Until battery solutions release RE’s baseload potential, thermal solutions will be vital, the argument goes.

However, access to funds is an issue for most governments – and AIX participants observed that Covid-19 makes their uncomfortable fiscal positions significantly worse. This is an environment where some floating LNG solutions and trucked gas will make progress, providing alternatives to pipelines and potentially to local natural gas developments, as buyers can access imported LNG at record low prices. Technologies like compressed natural gas (CNG) have potential, but require bigger investments and larger-scale projects to be viable. Algeria has long used CNG for transport, leveraging distributor Naftal’s gas station network. More recent players range from natural gas and helium producer Renergen and Novo Energy in South Africa (AE 422/18) to Abidjan’s bus fleet.

Africa is developing a range of gas industries that can drive economic growth, creating jobs and providing social uplift. These developments may follow different paths from those predicted by advocates of the transition fuel only a few years ago – certainly not everywhere but, where appropriate, natural gas will provide the basis for economic transitions in the next decade.

Jon founded African Energy in 1998 and has overseen its evolution from a respected B2B newsletter into a trusted provider of consultancy services. Read more 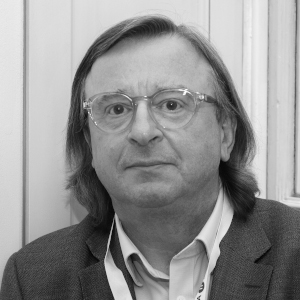