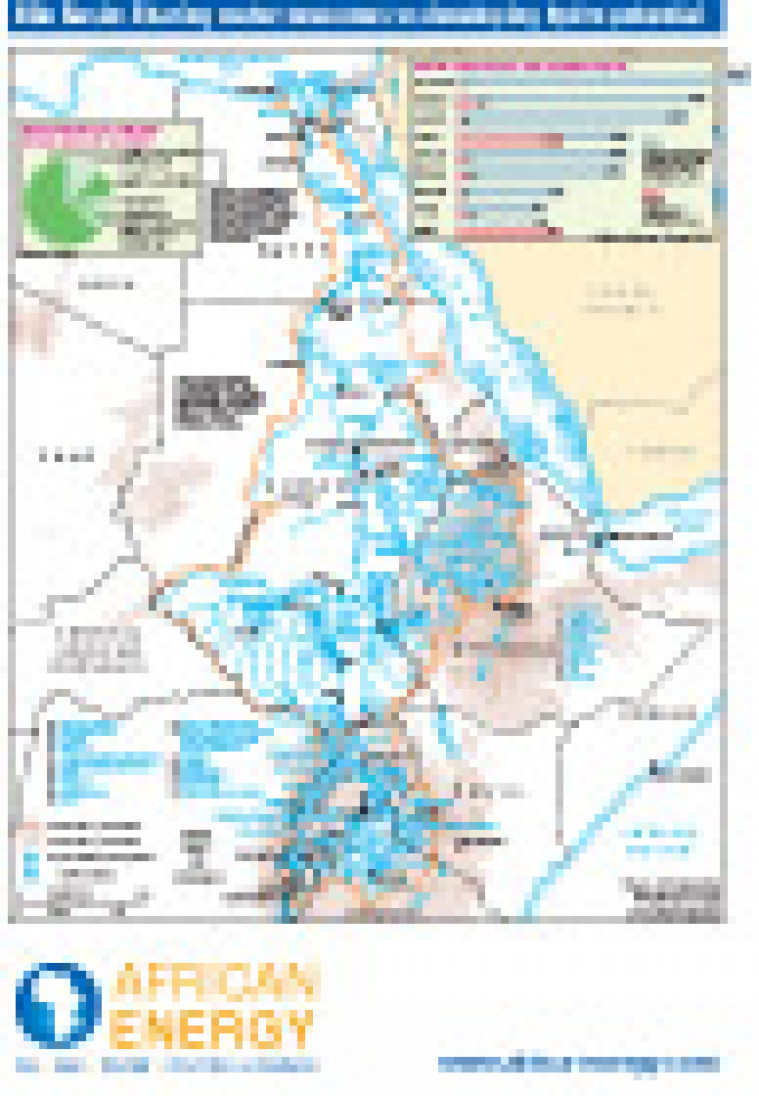 Published in January 2011 as part of the African Energy Atlas 2011, the map illustrates the shared water resources of the Nile Basin and competing demand from the countries of the region. Major planned and actual hydroelectric power generation sites are shown. A chart shows figures for renewable water resources per capita and water withdrawals per capita for the countries of the region.