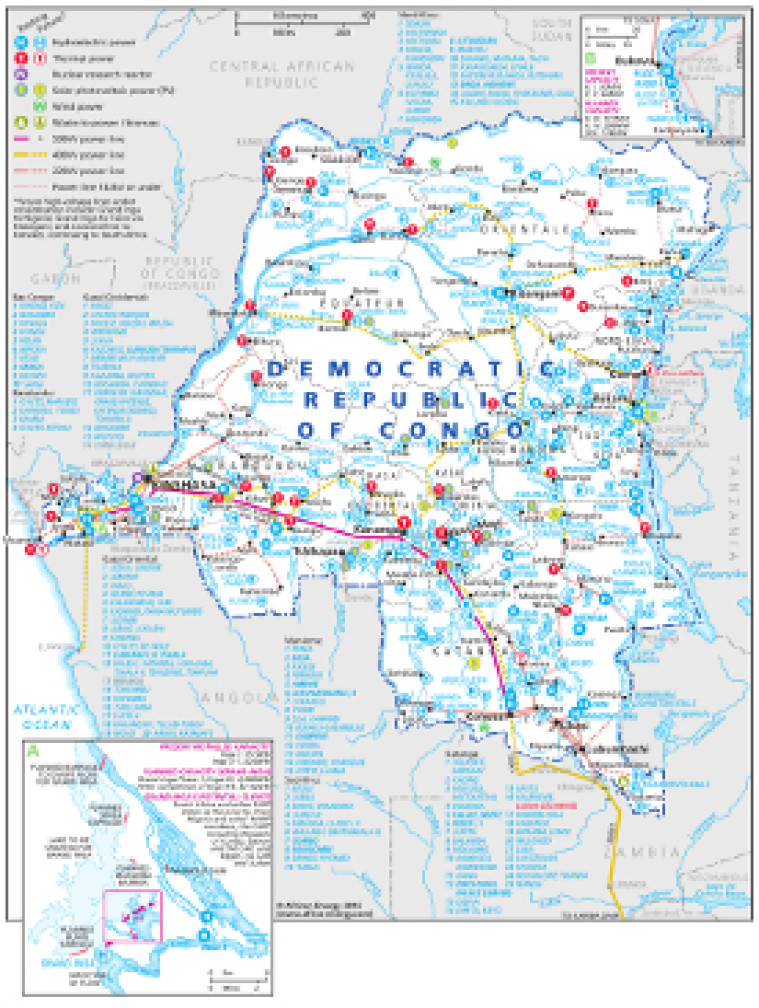 This map – originally published within the African Energy Atlas 2016/2017 – provides an overview of electricity infrastructure in the Democratic Republic of Congo, illustrating the country’s vast hydropower potential.

The locations of actual and planned power generation facilities are shown by type – including hydroelectric, thermal, solar PV, wind and waste-to-power – alongside existing and future transmission lines, ranging from under 132kV to 500kV.

Actual and planned cross-border interconnectors are shown including links to Zambia and Angola.

An inset map provides a more detailed look at the Inga projects along the Congo.

The map is a PDF file, made using eps graphics, meaning that there is no loss of resolution as the file is enlarged.