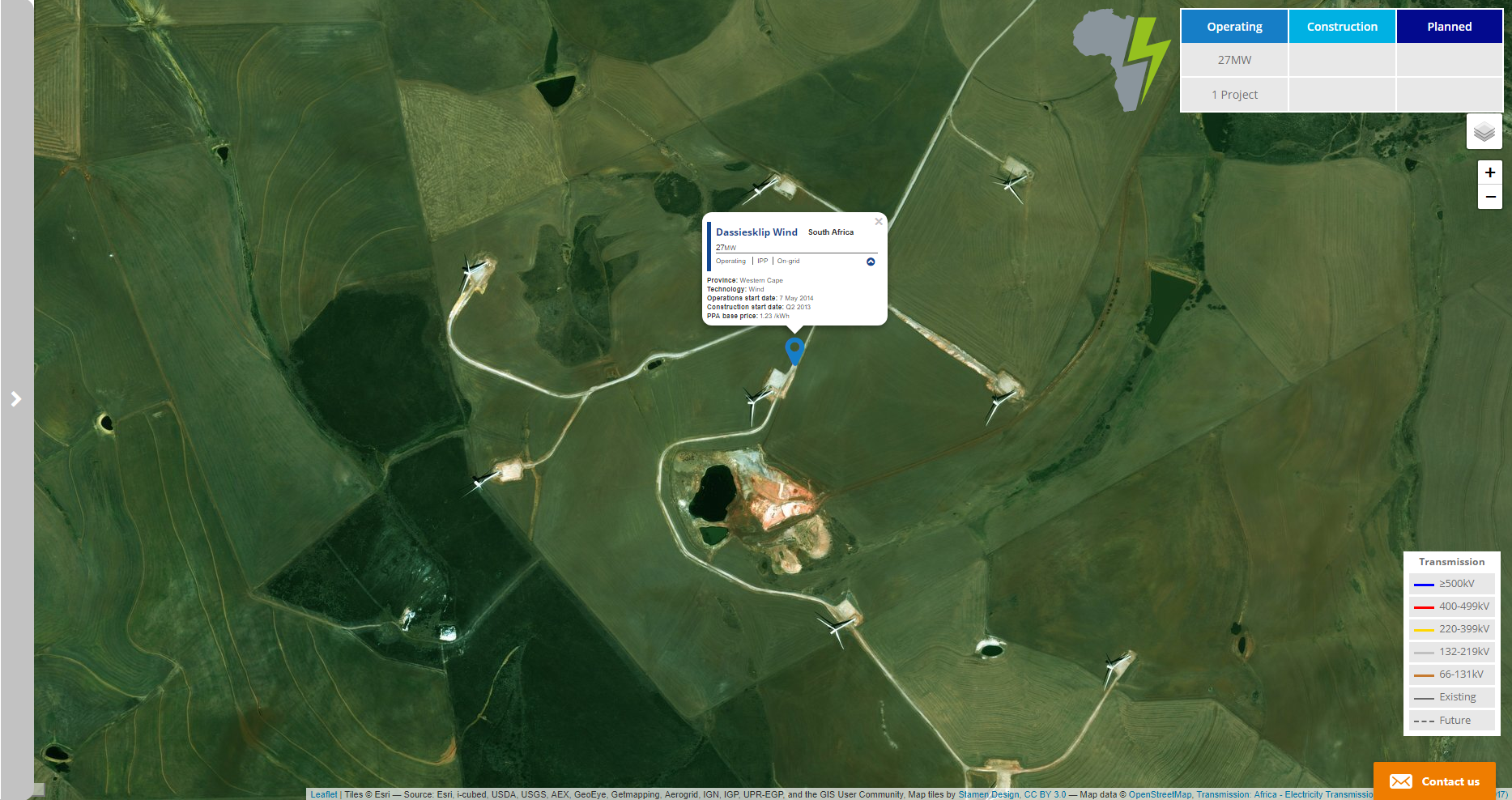 BioTherm Energy, a portfolio company of private equity firm Denham Capital, on 25 July reached financial close at four wind and solar projects selected in the fourth round of South Africa’s renewable energy independent power producer programme (REIPPP) in 2015. The projects signed government-backed 20-year power purchase agreements with national utility Eskom in April following years of delay. Up until the intervention on the government forced a change in policy, the utility refused to sign agreements with any project selected through the programme, claiming they would negatively impact its desperate financial situation. Together, the plants will cost around $500m to build

The four projects are:

BioTherm was an early mover in South Africa, being selected to develop three projects in the first round of the REIPPP: Aries and Konkoonsies I, both 10MW solar PV plants, and the 27MW Dassiesklip wind farm, also known as Klipheuwel. All three projects began operating in 2014. REIPPP projects are not allowed to be sold for three years following commercial operation, but with that period expired a lively secondary market has emerged, with notable involvement of Johannesburg Stock Exchange-listed special purpose acquisition companies such as Gaia Capital and Hulisani.

BioTherm sold its stakes in its first round projects to former SunEdison yield company – a company established to own operating assets – Terraform Global, which was itself acquired by Brookfield Renewable Partners and its partnered financial institutions in December 2017. The projects are now in the process of being sold again to United Kingdom-based developer Globeleq, alongside three plants developed by SunEdison.