Kenya is often seen as a relatively attractive market for investors, with a functioning democratic polity, a stable economy and a strong track record of private sector investment. However, challenges persist in Kenyan domestic politics and governance, and in the investment environment for the electricity supply industry (ESI) and other investable sectors.

Calm before the storm

There is an air of relative calm before a looming storm in the often dramatic soap opera that is Kenyan politics. At several years of separation from the 2022 presidential contest, the familiar winds of a Kenyan leadership race are already buffeting the political landscape – even though a surprise détente between President Uhuru Kenyatta and his perennial rival Raila Odinga has helped plug the greatest source of political volatility.  While the ‘handshake agreement’ removed an unwelcome distraction to the Jubilee Party-led government’s ambitious ‘Big Four’ development policy agenda, it has also created swells of disturbance across the political divide. To complicate matters, the fractured Jubilee Party is facing existential threats from within, reflected in the increasingly palpable discontent of Vice President William Ruto and his supporters, whose eyes are firmly fixed on the top job.

Concerns over corruption, indebtedness and other issues feed into a relatively low African Energy Political Risk Rating of ‘D’ (on a scale where ‘A’ is the lowest risk and F the highest).

In contrast, upbeat macroeconomic indicators suggest clear sailing for Kenya’s macroeconomy – a forecast that is expected to continue, despite a few worrying clouds on the horizon. Kenya has earned rightful praise for a generally positive investment environment and a resurgence in economic activity. However, a mounting debt profile – which has been aggravated by the loosening of government purse strings on a number of flashy (often Chinese-financed) infrastructure projects – is making markets increasingly anxious, despite resolute assurances from policymakers.

IPP ‘frenzy’ in the power sector

Favourable economic conditions have been felt in the ESI, helping spur a frenzy of independent power project (IPP) activity in recent years. This has been facilitated by several phases of power sector reform spanning multiple decades; and the reforms continue as detailed in Kenya Power Report 2019/20.

In theory, generation capacity now outstrips demand with a healthy surplus. However, a number of technical and non-technical factors have severely limited delivery, meaning there remains a power supply deficit.

African Energy’s research points to a very promising medium-term outlook, however, as the pipeline of generation projects is expected to continue flowing. Kenyan generation capacity is forecast to reach 4GW by 2022, according to African Energy Live Data, whose figures are based on an analysis of each existing and planned (with a realistic chance of coming on line) power plant.

A proactive approach to policy-making

The government’s appetite for generation is matched by a proactive approach to policy-making, as expressed in the wide-ranging 2019 Energy Act, which introduced new regulatory bodies and redefined existing mandates.

The mood in Nairobi has shifted towards least-cost expansion, with renewable energy at the forefront. The share of energy from renewable sources as a percentage of total capacity is expected to reach 80% by 2021. Geothermal energy will make the most substantial contribution with a weighty 656MW of geothermal generation capacity expected online by 2024. Wind and solar are also set rise within the energy mix; this contrasts with a noticeable decline in the use of liquid fuel.

The project pipeline is busy

Following the commissioning of the multi-donor-financed Lake Turkana Wind power project in 2018-19, a significant number of renewable IPPs are expected to come online in the foreseeable future. The list includes the Suswa Geothermal project and a number of geothermal stations in Olkaria; these are expected to add 150MW and a collective 500MW, respectively, between 2019 and 2021. The 102MW Kipeto wind project is due in 2020 and the 80MW Meru plant is expected in the same year.

According to African Energy Live Data, the long-term project pipeline also contains some expected big developments. These include an additional 500MW of hydroelectric power (HEP), which is due around 2031 in the form of the High Grand Falls HEP on the Tana River.

More controversially, Kenya’s national nuclear programme is expected to begin within 20 years with the installation of 1GW of power.

More immediately, the massive 1,050MW Lamu Coal power plant, backed by China, has hit a stumbling block. The highly controversial coal-fired project’s future is now in question pending serious environmental concerns. This development represents a surprise departure from the recent trend of Chinese investment projects in Kenya, which have been heavily scrutinised for a perceived lack of sober and long-term consideration. Nevertheless, Chinese financing for power projects – including the 54.7MW Garissa Solar scheme – shows little sign of slowing.

Off-grid is in vogue

As Kenya strives for universal electricity access by 2020, the country is growing into a role of global leader and continental hub for off-grid solutions, particularly within the blossoming solar home systems market. Policy-makers are trying to capitalise and have set an ambitious target of installing 8,000 mini-grids by 2023 to serve 3.5m people.

To find out more about our Kenya Report Report 2019/20 please contact:

Between March 2019 and January 2022, David  was responsible for the management and growth of African Energy’s consultancy arm, which provides stakeholders in the continent’s energy sectors with a range of research services to support investment decisions. Read more 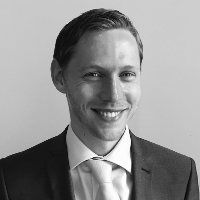